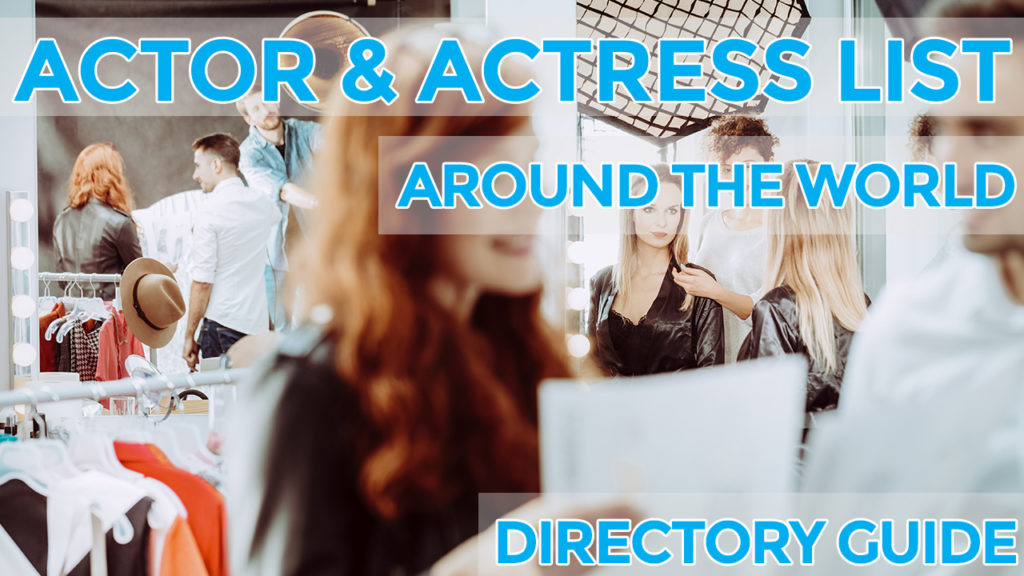 What is an Actor or Actress?

Are you a big fan of film and theatrical performances? While you are enjoying them, don´t forget about the actors and actresses who helped to make them possible. The performance industry is getting more and more popular nowadays, and so does the importance of actors and actresses. They are the ones that gives liveliness to a film or opera, leaving the audience with everlasting impressions. So in this sense, they do deserve all the glamour during the Cannes Film Festival!

Acting is a professional that´s originated long ago in the human history. The first professional actors appeared in ancient Greece, where many classical opera pieces appeared. But throughout the history, there were only limited opportunities for female to perform. So the term “actress” is actually a quite recent invention of the society. As technologies develop, movie theaters began to appear, which brought acting to a new era. Instead of performing only on stages, actors and actresses began to play on the screen as well. And this lead to the rise of many great film stars, such as Brad Pitt and Angelina Jolie. Because of the rapid development of the film industries, acting in films is already more popular than the traditional theatrical performances.

But it´s never easy to be an actor or actress, despite all the fames. Education in professional performance academies is necessary. And for the theater performers, the process is even longer and stricter. After graduation, the young actors and actresses have to start from minor roles. So end up playing minor roles for the whole life, while others might get the chance to play some significant roles. And in many cases, it requires luck for talented performers to be discovered by directors. So sometimes, luck is even more important than talents.

There are so many actors or actresses in the world, are there will surely be more. So what really matters here, is to make people choose the right actor or actress. But there are so many actors or actresses available nowadays, how do you choose the right one? Maybe you are a great actor or actress with great talents. But how to let the world know about your talents, and to distinguish yourself among all the other performers? That is something that requires some effort. And here at French Riviera Parties, that´s exactly what we are going to help you with. Get yourself on our actor or actress artist list, so that the world could join your great performances!

How to promote your Actor or Actress with French Riviera Parties?

French Riviera Parties offers a wide range of connections to performance lovers around the world, therefore we are always interested in promoting actors or actresses on our platform. We can generate different versions of actor or actress artists list for you, depending on how much you are willing to invest.

In total we offer 3 different packages for our fellow actor or actress.

For the Silver Marketing Package, we offer you a promotion for free. You will get a free business page, which contains your website, email, and also phone number. It also contains a Unlimited listing submissions, which describes events that you´ve took part in, as well as your previous experiences as an actor or actress.

For the Gold Marketing Package, you only need to pay 120 euros. But still, you will get almost the same offers as the Platinum Marketing Package. The only difference is that instead of a verify badge, you get unlimited listing submissions. With that, it´s almost guaranteed that your actor or actress will show up in the eyes of some passionate performance lovers!

For the Platinum Marketing Package, it requires a fee of 199 euros. But it´s definitely worth it, because it would take your promotion to a new level! Under this package, you will get more than simply a business page, but also social networks, post videos of your events, create your own photo gallery, and also a verify badge which gives you the valuable official reorganization that every actor or actress needs!

How to add your Actor or Actress Artists List on French Riviera Parties?

It’s simple to create your actor or actress artists list with us, just click on the picture below! Go to our website to create you profile page, and click on the button “Add a listing”. Then click on the category “Artists”, and you will see our three packages. Click on the package that you wish to subscribe to, fill in all the required information. After that, you’ll be accessible by all of our cooperation partners!